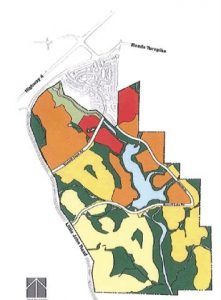 The proposed housing development is located south of the Copperopolis Town Square, which is also owned by Castle and Cooke. The housing proposal was first brought to the county in 2006 and it has since been going through the review process. It includes plans for up to 800 residential homes.

In June, attorneys for Castle & Cooke sent a letter to the county urging government leaders to speed-up the review process. It was noted that it has been over a year since the project’s Administrative EIR was submitted to the county.

Planning Director Rebecca Willis is recommending that the Planning Commission vote against the Castle and Cooke plan on Thursday. She says the main reason is that the developers wish to change over 150 acres in the General Plan from Natural Resource lands to Community Development Lands.

Dave Haley, Castle and Cooke Vice President- Division Manager, has sent a competing letter to the commission urging its approval. It points out that Castle and Cooke has already spent millions of dollars on the review process. The company has indicated that they are ready to invest money into the Copperopolis community, and this would help serve a population base projected to grow over the coming decades.

The Planning Commission’s decision on Thursday will only be a recommendation, and the final decision will be made by the Board of Supervisors. Thursday’s meeting begins at 9am at the Government Center in San Andreas.