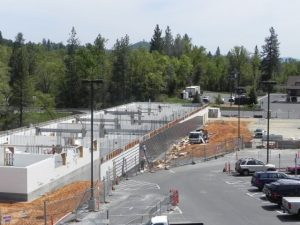 Tuolumne, CA — As construction progresses, the Tuolumne Band of Me-Wuk Indians and TEDA, Inc., have appointed three individuals as the hotel’s management team.

Paul Medawar was named Hotel General Manager. Medawar lives in Copperopolis and has over 22 years of hospitality experience with a CHA (Certified Hotel Administrator) designation in 2007.

Ron Pascual, of Sonora, is now the Director of Hotel Operations. According to Black Oak Casino Marketing Director, Al O’Brien, “Ron has been very involved and instrumental with opening and renovating casino hotels as well as traditional hotels across the United States.”

Mariza Ponce from Merced County will be the Director of Sales and Catering. Al ‘Brien says Mariza will be responsible for many things including, “developing and publicizing relationships with other sister cities to influx the tourism segment within the local community and statewide.”

The Hotel at Black Oak Casino Resort will be opening in early Spring of 2013 and will feature 148 rooms, pool, Jacuzzi, conference center, workout facility, gift shop, and valet parking. For more details on the construction the news story is here.