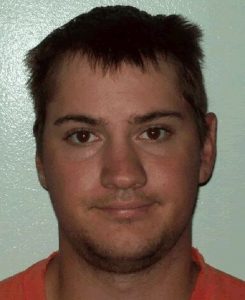 Sonora, CA – Tuolumne County Sheriff’s Officials say in March of 2011, Detectives began an investigation when a female, who was a minor, reported she had been sexually assaulted by 21 year old Matthew St. Clair. Detectives questioned St. Clair at his Sonora residence. They say he told them he did have sex with the girl and he knew she was a minor.


Sheriff’s Officials say after the initial report and search warrant, more victims came forward to law enforcement to tell their stories, which raised the number of victims to five. They say these victims were all juvenile females. Detectives did a second interview with St. Clair and he admitted to having sex with all five girls plus three additional females, who were also minors. Detectives interviewed the additional victims bringing the total to eight and their ages ranged from fourteen to seventeen.

Sheriff’s Officials report the investigation spanned several months. They say in November 2011, St. Clair was taken into custody on a warrant relating to criminal charges for having sex with minors. He remained in custody while awaiting trial. St. Clair pled guilty in court to charges relating to having sex with six females who were all under 18 years old. In a plea deal St. Clair pled guilty to three felonies and three misdemeanor charges.

Sheriff’s Officials say on August 14, 2012 St. Clair, was sentenced at Tuolumne County Superior Court to serve no more than 12 months county jail and was granted probation for a period of five years. They say St. Clair had previously pled guilty to several charges relating to having sex with six females who were all under 18 years old.

Sheriff’s Officials say the guilty plea was an agreement made with the Tuolumne County District Attorney’s Office. They say St. Clair waived his right to appeal and may have to register as a sex offender if any probation violations occur that would deem registration to be necessary.