Heading Back To Headquarters 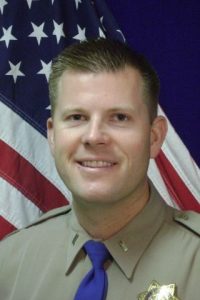 San Andreas, CA – San Andreas CHP will have to find a new leader. Lieutenant Josh Ehler is leaving his post as Commander of the CHP San Andreas Area to be the new Administrative Assistant to CHP Commissioner J.A. Farrow.

Lieutenant Ehlers has served as the Commander in San Andreas since August of 2011. His new assignment begins in early September. Lieutenant Ehlers past jobs at CHP have included: Emergency Notification and Tactical Alert Center, Office of Internal Affairs, Office of Equal Employment Opportunity, and Office of Inspector General.

Lt. Josh Ehlers says “It has been an honor to work in the San Andreas Area and for the residents of Calaveras and Alpine Counties.” Ehlers adds “the welcome and acceptance I have received with local residents has been overwhelming and those thoughts will remain with me my entire career.”

CHP Officials says they will begin a search for a new commander within the next several weeks. They say the Commander position is open to all state Lieutenants.