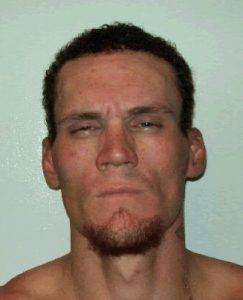 Many people started dialing 911 at around 2:20pm yesterday to report a fire at 21770 Parrotts Ferry Road. During the investigation, a neighbor told the Tuolumne County Sheriff’s Office that Joshua Swann lit a fire and purposefully locked himself inside. The neighbor had gone inside and convinced Swann to come out safely and avoid injuries. Responding deputies later caught Swann, who was already on parole, a short distance away from the trailer home and placed him under arrest.

The fire reportedly caused only minor damage to the home.

Swann also showed up in the news about two years ago. To read the earlier article, click here.