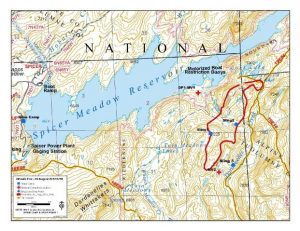 The Wheats Fire in Stanislaus National Forest is now 260 acres and 100 percent contained. Forest Officials say they expect to have full control by August 15th. They say they have already started to release crews and plan on letting more go Saturday night or on Sunday.


Forest Officials are concerned about the thunderstorms moving into the area and causing possible fire starts because they say lightening strikes are what sparked this blaze. They estimate the cost of the blaze to be around $425,000.

Forest officials say smoke has been reported from Highway 108 in Tuolumne County and may been seen from Highway 4 in Calaveras County. They say that smoke is coming from flames rapidly consuming red fir and sending plumes of smoke into the air at the Carson-Iceberg Wilderness.

There are 125 firefighters on the scene from both the U.S. Forest Service and the Me-Wuk Rancheria Fire Department.