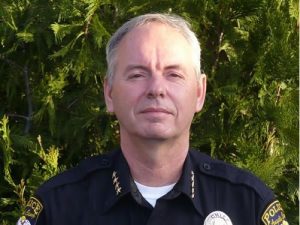 Dale Mendenhall, 54, had been battling cancer. Mendenhall was hired by the City Council in December of 2007, and his contract was terminated in April of 2010. He previously had a successful 28 year law enforcement career with the City of Delano. He served as Sergeant, Lieutenant, Commander and Acting Chief of Police. Mendenhall is survived by his wife Susan, and several children and grandchildren.

A funeral service was recently held in Bakersfield.