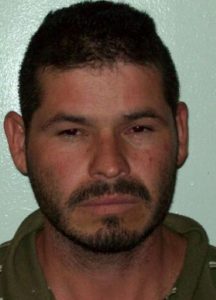 In the early morning hours they entered the marijuana garden and began eradicating the plants.

While locating the limits of the garden two suspects, 31 year old Jose Moreno-Torres and 42 year old Rosendo Gonzalez, both transients, were found hiding in the brush.

After interviewing both men they were arrested for growing the marijuana. The plant count of this garden was 1,255. Both were arrested and booked at County Jail on cultivation charges.