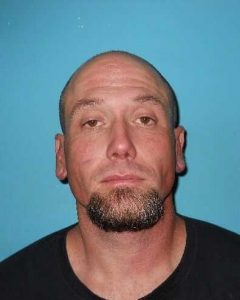 Jamestown, CA — A look inside a parked car revealed the driver snoozing with a hypodermic needle on his lap, but that’s not all deputies discovered in his vehicle.

On Tuesday afternoon, Tuolumne County Sheriff’s Deputies responded to a call for a welfare check on a man asleep in his car on Nelson Road near Chicken Ranch Road in Jamestown. Behind the wheel of the Toyota Corolla was 34-year-old Glen Henneman of Modesto, who deputies had to wake up with a tap on the window.

A search of Henneman and his vehicle turned up heroin, methamphetamine, makeshift burglary tools, checkbooks, counterfeit checks and a driver’s license not belonging to him. Sgt. Andrea Benson describes the tools, “He also had several sets of keys and had knives that were shaven down to use as a picking tool. So, those were the burglary tools that he basically had made.”