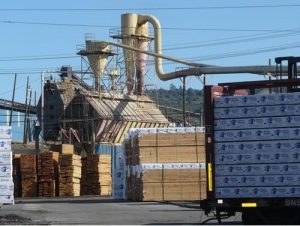 Standard, CA — A man was killed in an accident at the Sierra Pacific Industries Mill in Standard last night.

Tuolumne County Sheriff’s Office Spokesperson Sgt. Jeff Wilson says an ambulance was dispatched shortly after 7pm after receiving a call that a man had, “gotten stuck in some type of machinery.” About 10 minutes later, the Coroner was asked to respond, indicating that it was a fatal accident.

The Sheriff’s Office reports that the man killed was 25-year-old Ronald Billings. Sgt. Wilson notes that limited information is currently available, as officials are still completing their investigation and paperwork.

It is not immediately known what type of equipment Billings was working with at the time of the accident.