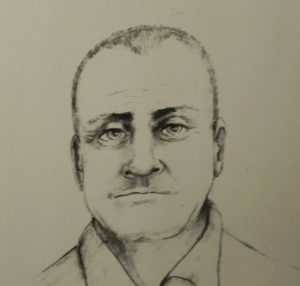 Cold Springs, CA — The Tuolumne County Sheriff’s Office is looking for a man posing as a law enforcement officer.

Sheriff’s Office Spokesperson Sgt. Jeff Wilson says last week a woman was pulled over along Highway 108 near Cold Springs by a man driving a vehicle that resembles a patrol car. The man was wearing a tan shirt and pants, and had a “law enforcement type duty belt.” He told the woman that she was driving erratically. Eventually, after detaining her for a period of time, he allowed her to drive away.

Sgt. Wilson says the Sheriff’s Office, nor the CHP, had any type of vehicles in the area of Cold Springs during that time. The suspect is described as being 45-55 years old, 6’0″, 200 lbs., with short blond hair. His car was a black sedan with white doors. It had red emergency lights mounted under the head lights and a broken mirror on the driver’s side. The Sheriff’s Office is asking for anyone with information to call 209-533-5815.

It is noted that the woman was not injured during the stop, and the man did not appear to have a handgun.

The picture is an artist rendering released by the Sheriff’s Office. The incident happened on July 12th at 7am.