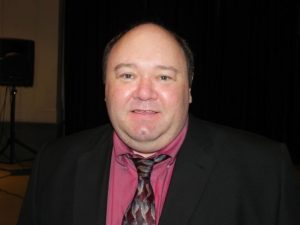 Sonora, CA — Tuolumne County Counsel Gregory Oliver announced this morning that he will leave his position next March.

Oliver read a prepared letter at the end of today’s Board of Supervisors meeting. “I am writing to inform you that I will be retiring from my position as County Counsel of the County of Tuolumne effective March 12th of 2013,” said Oliver. “It has been my honor and pleasure to serve the citizens of Tuolumne County as their County Counsel for the last 12 years. I have enjoyed working with the Board of Supervisors, elected officials, department heads, boards and commissions, and many special districts.”

Oliver stated later in the letter that he will be available to assist in the transition of a new county counsel.

Just two weeks ago the Board of Supervisors went into closed session for a stated, “Public Employment Performance Evaluation” for the County Counsel. County officials have declined to comment as to what was discussed in the meeting.

Oliver’s accolades include being honored as the Tuolumne County Chamber of Commerce’s “Excellence in Government Award” winner last year. Earlier this year he unsuccessfully ran against Eleanor Provost for a judicial seat on the Tuolumne County Superior Court.