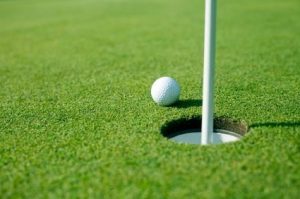 Angels Camp, CA — A man was struck by an angry golfer in Angels Camp.

The Police Department reports that Robert E. Rappleye Jr. of Elk Grove was recently arrested at the Greenhorn Creek Golf Course. Rappleye, 61, was reportedly upset about the slow pace of the party ahead of his group.

The two sides got into a verbal dispute, and Rappleye allegedly took out a golf club and used it to hit an unidentified man twice. The Police Department reports the victim was hit first in the arm, and then on the shoulder blade. A witness reported that the victim had gotten upset over Rappleye’s language, and tone of conversation, directed at his wife.

The victim was treated and released by paramedics on scene, while Rappleye was booked into Calaveras County Jail on a charge of assault with a deadly weapon. The altercation happened on the 18th hole.