Election And Hillsides On Supervisors Agenda 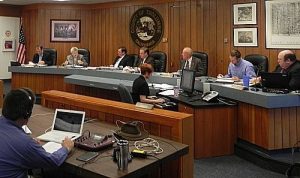 Sonora, CA — At Tuesday’s Tuolumne County Supervisors meeting the Board will officially certify the results from the June primary election.

Two of the Supervisor races will move onto a runoff in November. Sherri Brennan will face Liz Bass in the District One race and Karl Rodefer will go up against Domenic Torchia for the District Five seat. Rodefer was just a couple of votes shy of receiving a 50-percent-plus-one-majority that would have allowed him to avoid a runoff.

In the afternoon session, the Supervisors will hold a public hearing to consider updating the hilltop and hillside development guidelines. County documents show that the purpose is to streamline regulations. The current guidelines have been in place since 1998.
Tuesday’s meeting begins at 9am in the Supervisors meeting room.

It will be streamed live in the multi-media section of myMotherLode.com.