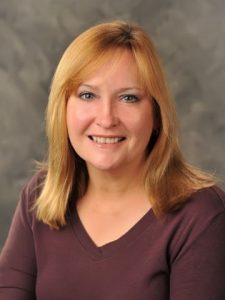 Tracey Petersen, the new weekday afternoon news voice on AM 1450 KVML, is rapidly becoming a recognizable voice in the Mother Lode.


Petersen was Friday’s KVML “Newsmaker of the Day”.

Petersen has a wide variety of media experience. There is a chance that some people will recognize Petersen from her days of anchoring and reporting for a few television news stations in Rockford, Illinois., Peoria, Illinois., and Green Bay, Wisconsin.

From the midwest, Petersen moved to New York City where she worked for BMG Productions and Arista Records.  She produced both music videos and documentaries.

Petersen worked directly with Clive Davis and had her hand in the video productions of a wide array of music formats including Gospel, Rap, R&B, CHR and Pop music.

If you happen to own the “Barry Manilow Live in Las Vegas” DVD, you’ll even notice Petersen’s name in the video production credits.

What may be considered by many to be a drastic change, Petersen moved from the “Big Apple” straight to the Mother Lode.

“New York City is amazing but with that atmosphere comes a lot of stress, a lot of hustle and the pace is quick,” said Petersen, “I can relax in the Mother Lode. It’s gorgeous here, the scenery, the breathing room and the residents are happy and willing to talk.”

Petersen has a few relatives near Grass Valley, so although the sierra foothills are not completely new to her, the immediate surroundings are. Over the past couple of months, Petersen has been meeting hundreds of residents, community leaders and has been discovering various locations on her own.

Petersen can be heard every weekday afternoon during the “Drive Home” news hours on KVML radio from 3 – 6pm, as well as on Saturday mornings.