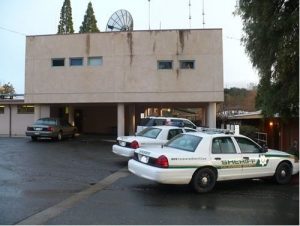 Calaveras County Sheriff’s Deputy attempted to catch up with a vehicle traveling at a high rate of speed on Rail Road Flat Road to conduct an enforcement stop.

The vehicle stopped near the 4500 block of Rail Road Flat Road and all occupants ran into the brush.

A perimeter was established in the area and three subjects were detained; 34 year old Axiel Negron, 18 year old Ernest Cuellar, and 29 year old Rouchelya Malave, all from Sacramento.

During an investigation, and with the assistance of witnesses in the area, a firearm was located nearby that was linked to the incident. No further description of the firearm is available due to the pending nature of the case.

All three subjects were arrested on various charges including resisting arrest, concealing evidence, conspiracy to commit a crime, and carrying a concealed and loaded firearm in a public place.

No injuries to the deputies or subjects were reported.