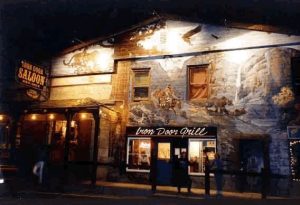 Groveland, CA — A longtime concert organizer, and owner of Groveland’s Iron Door Saloon, has passed away.

Employees at the saloon confirm that Peter Barsotti has died at the age of 64. He had been battling cancer. Barsotti was known for being the right-hand-man of well-documented concert promoter Bill Graham. Barsotti was a stage manager for countless productions in the Bay Area and across the world.

In 1985, Barsotti became the owner of the Iron Door Saloon and was responsible for bringing many big name acts to Groveland.

Barsotti is survived by his wife and four children. A memorial service is being planned.