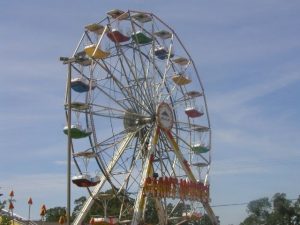 Fair CEO, Laurie Giannini says, “We did better than projected sales on the carnival, commercial booth space, and sponsorships. Also, we cut back on fair expenses.”


Giannini says Friends Of The Fair’s Livestock Committee gave them a boost for next year by raising $30,000. She says that money will go toward livestock show expenses and help their operating costs for 2013.

The state cut all funding to the fair this year. Giannini says all the money raised will keep the fair running next year, but once again they will have to be frugal in all their expenses.