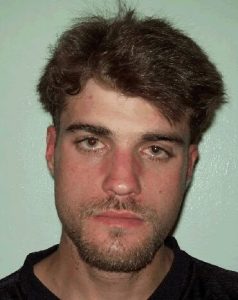 Sonora, CA — It started at around 10 pm earlier this week on Cedar and Cabezut Road and ended on South Washington Street in Downtown Sonora.

He led police on a nearly four mile chase, weaving in and out of traffic, and reaching speeds of 60 miles per hour. The chase ended on North Washington and Wyckoff Street when Foster lost control of the bike while trying to avoid a head-on collision.

Sheriff’s officials say Foster tried to flee the scene, but was caught immediately.

He was arrested on seven charges including Grand Theft Auto.

Click here for a map of the chase area.