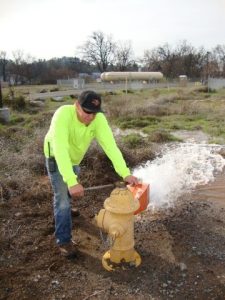 Tuolumne County, CA — Tonight the Tuolumne Utilities District Board is voting on a plan that would raise rates $2.76 a month. That’s a decrease from the first proposal, which called for $9.50 a month jump.


T.U.D. General Manager, Pete Kampa says public outcry brought about the drop in the proposed rate. He says they have cut nearly $8 million from the budget in this new plan which would run through fiscal year 2014.

The meeting starts at 7pm in the T.U.D. building at 18885 Nugget Boulevard in Sonora.

If the new rate plan is approved it will take effect August 1st, 2012.