ID Made In Death At New Hogan Lake 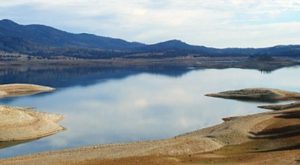 San Andreas, CA — More details are available regarding the sudden death of a man at New Hogan Lake this past weekend.

The deceased, now identified by Calaveras County Coroner’s officials as 56-year-old David Allan Rose of Sunol, Calif., was found unconscious in a boat when first responders arrived on scene Saturday to perform CPR, as reported here. Rose’s family had been camping at New Hogan Lake at the time of the incident.

An investigation into the circumstances of Rose’s death deemed it unsuspicious and a doctor’s examination determined he passed away due to natural causes.

Among the agencies that responded to the 911 assistance call weree the Calaveras Sheriff’s Office, Calaveras Consolidated firefighters, American Legion Ambulance and the Army Corps of Engineers.