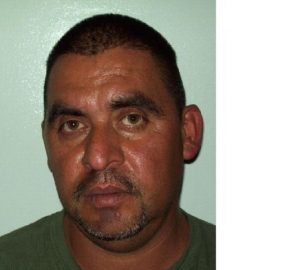 Tuolumne County, CA –A methamphetamine ring spanning both Tuolumne and Stanislaus Counties is shut down.


Tuolumne Narcotics Team along with the State Parole netted nearly a quarter pound of meth with a street value of about $3500 dollars.

Police found the drugs Friday night after stopping a car on Highway 108 and 120.

Friday, TNT also raided a house in Stanislaus County on Pioneer Avenue finding half a gram of heroin, 24 marijuana plants and 53 grams marijuana. There they arrested, 43 year old, Francisco Flores for drug possession.

Police say both the Flores men and Torres are illegal aliens from Mexico.

In the car, at the time of the couple’s arrest was their two year old child who is now is child protective Services.  All three in the car have also been charged with child endangerment.

TNT says the arrest comes after several months of investigation on the suspects and the home.

One ironic note, police say when they raided the house they found an elaborate shrine. They say it represents the “Jesus Malverde” know as the patron Saint of Drug traffickers to ward off law enforcement.