Olsen Lobbies For Sonora To Modesto 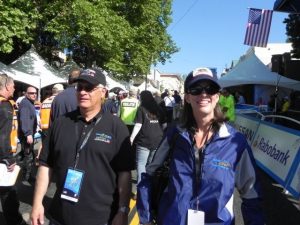 Olsen sent a letter Wednedsay to Amgen Tour Executive Director Kristin Bachochin reading, “Given the success experienced this year in Sonora, and Modesto’s solid track record as a host city, I believe that this would be a great opportunity for next year’s race.”

Olsen proposes that a stage leave Sonora, travel through Columbia, over to Murphys, through Angels Camp, San Andreas, Valley Springs, and then turn towards Oakdale and Modesto. The proposed route would cover approximately 100 miles.

“The beauty of this area includes many historical sites, rolling green hills, vineyards, picturesque countryside, and much more,” writes Olsen. “It would also provide cyclists with a good balance of climbs and flat terrain.”

Olsen was credited by many local officials for helping to encourage Amgen Tour organizers to select Sonora as a 2012 host city. The Amgen Tour of California is the largest bicycle race in North America.