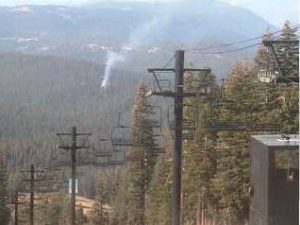 Yosemite, CA — Smoke will fill the skies over Yosemite tomorrow.


Crews will be igniting fires on 846 acres in the Southern area of the park near Wawona. Park officials say the burn is in response to a fire called “The Jack Fire”. It was sparked by lightning in 2007. They say the burn in the same area will help to reduce hazardous fuels in the forests and create a buffer for Wawona and park facilities.

The burn could take up to a week to complete. Visitors are urged to drive with caution and slow down near fire crews in the burn areas.