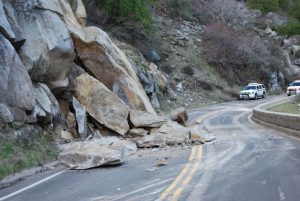 The bill has unanimous support to restore full access to State Route 140 in Mariposa County through the earilier “Ferguson Slide” which buried the highway in 3 million cubic yards of rock and debris in April of 2006.

“Reconstruction of SR 140 is essential to the health and stability of Mariposa County’s economy,” said Olsen. “I’m pleased that the Assembly passed this commonsense fix for Mariposa County.”

CalTrans has completed a draft Environmental Impact Review and has discovered that all the alternatives will affect one fully protected species – the limestone salamander. In order to begin the reconstruction, CalTrans needs an “incidental take” permit.

Currently, Department of Fish and Game is prohibited from granting an incidental take permit of a fully protected species. AB 1973 will authorize Fish and Game to grant a permit with certain mitigations.

“Passage of AB 1973 is essential to public safety and the economy of the entire Yosemite region,” said Kevin Cann, Mariposa County Supervisor. “We appreciate Assemblymember Olsen for her leadership and hard work on this issue.”