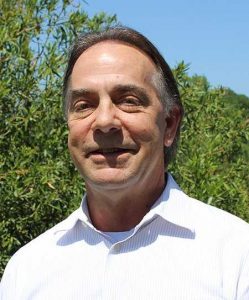 Joe Bors has been serving as ATCAA’s Director of Energy and Water Conservation for the past four years. As a department director, he helped secure over $1.6-million in water conservation grants and implemented internal programs to improve training and career path opportunities.

Bors tells Clarke Broadcasting, “It is an honor, and I’m tremendously thrilled to lead a wonderful organization with tremendously talented and caring people. I am proud to be a part of it.”

When asked about the challenges ahead, he mentioned further organizing the various programs, and thinking strategically about growing the group’s level of support and services across the region.

ATCAA Board President Lloyd Schneider notes that the search for Rambob’s replacement spanned six months and the organization received numerous applications. “We look for Mr. Bors to amplify our forty-year history of significant positive impacts in our region and to continue the work and visions of his predecessors,” he notes. “Mr. Rambob kept many of our programs viable during difficult times and one of his greatest impacts was in the area of important new resources for the homeless of the Mother Lode.”

Before being hired by ATCAA, Bors volunteered in early 2015 to develop and implement a successful free summer lunch program for students in Tuolumne County. Just prior to that, he had retired from Boeing Satellite Systems as an executive level program manager in the field of space-based telecommunications systems and ground system development. Through his 35 plus year career, he managed $250-million program budgets, including spacecraft attitude control, mission system design and Ku Band communication systems for the Space Shuttle Program.

Bors is a native of Northern California. He and his wife Victoria, a local broadcaster and writer (AKA Tori James) live in Angels Camp with their canine son Bodhi, a rescue from the Jamestown animal shelter.

ATCAA was formed in 1981 as a public non-profit entity through a joint powers agreement between Tuolumne and Amador counties. Its annual budget is over $10-million and it employs around 150 local residents.