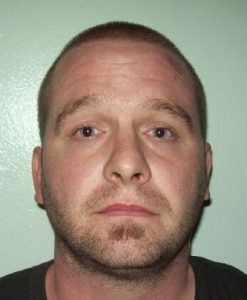 Sonora, CA – Samuel Henry Shockley has pled not guilty to setting fire to several Tuolumne County Sheriff’s Office patrol vehicles. Shockley is charged with arson and was in court yesterday for the incident that happened in December. Shockley was appointed a public defender and the arraignment will continue on April 20th.

An investigation into the crime was carried out by the Sheriff’s Office, District Attorney’s Office, and FBI. DNA evidence from the crime scene was processed and submitted to a Department of Justice Lab for analysis.

According to Sgt. Jeff Wilson of the Tuolumne County Sheriff’s Office the Combined DNA Index System returned a ‘hit’ on Shockley, 32 of Sonora. A warrant was issued for his arrest, and detectives located Shockley at a home in the Manteca area, and took him into custody.

Sgt. Wilson noted that an immediate family member of Shockley was arrested by the Sheriff’s Office shortly before the arson incident, which could have played a factor.