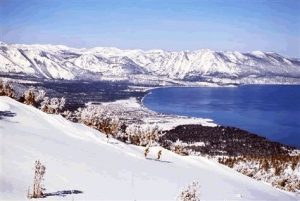 Will the 2022 Winter Olympics be held in Northern California?

Separate committees in California and Nevada announced this morning that they will join forces in attempting to recruit the games to the Lake Tahoe region. The joint announcement was made by California Lt. Governor Gavin Newsom and Nevada Lt. Governor Brian Krolicki. Lake Tahoe hosted the winter games back in 1960.

The Associated Press reports that Newsom stated that the Lake Tahoe Exploratory Committee will consist of resort executives, former Olympians, business leaders and an environmental leadership team. Other U.S. cities that have expressed an interest in hosting the 2022 games include Denver and Salt Lake City.