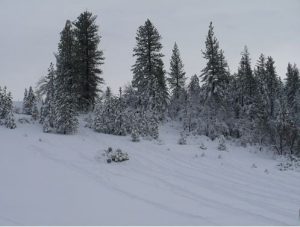 Sonora, CA — The first official day of Spring was last week, but the Sierra Nevada is benefiting from late season winter like weather.

The California Department of Water Resources electronic sensors show that the snowpack total in the Northern Sierra Nevada is now 57% of average for this time of the year. The Central Sierra, which includes Tuolumne and Calaveras Counties, is 45% of average and the Southern Sierra is 38%.

While the first official day of Spring was March 20th, the National Weather Service reports that additional snow could be arriving in the high country starting tomorrow. Click here for more details.