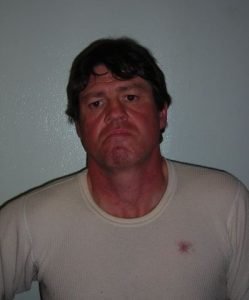 The Officer responded to Highway 49 near Vic’s Towing at 1:03pm because a man was reportedly yelling at passing cars. When the officer arrived, the man, identified as 43-year-old Kevin Hepstall, allegedly threatened to kill the officer. Hepstall started running toward the officer, and was then tased. Hepstall was able to get up and grabbed the officer’s portable radio and threw it 30 feet. Hepstall also started throwing punches.