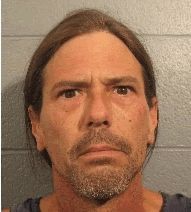 Arnold, CA — The Arnold man who was shot by a deputy Thursday was taking part in the Probation Department’s new alternative sentencing program.

The Calaveras County Sheriff’s Department reports that 44-year-old Kevin Charles Duey was wearing an electronically monitored ankle bracelet at the time he was shot. It was in lieu of serving time in jail for a driving under the influence charge. Duey had a prior conviction in 1991 for obstructing a peace officer. The Sheriff’s Department reports that the weapon that Duey was armed with was a 40 caliber semi-automatic handgun. Also in his possession was a methamphetamine pipe.

Duey lived on Moran Road in Arnold were the shooting took place. It is somewhat of an upscale neighborhood with numerous vacation homes.

The Deputy that shot Duey is Corporal Tom Oldham, who has been with the Calaveras County Sheriff’s Department for seven and a half years. Today detectives are still out interviewing reporting parties and witnesses.

To read an earlier story about this case, and to see a video interview with Sgt. Rachelle Whiting of the Calaveras County Sheriff’s Department, click here.