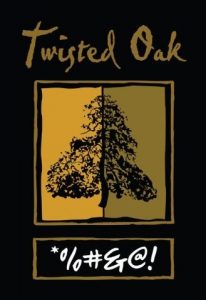 Murphys, CA — Twisted Oak Winery, owned by Jeff and Mary Stai, has had some national accolades. Last month they earned some awards at the San Francisco Chronicle Wine Competition. They received a gold medal for their 2010 Ruben’s Blend white (a Marsanne, Roussane and Grenache Blanc blend) and three silver medals. To read an earlier article about Tuolumne County’s Gianelli Vineyards ranking high in this competition, click here.

This week Wine Enthusiast Magazine, one of the top wine magazines in the US, reviewed Twisted Oak’s wines. The ratings and reviews are valued by both the trade and consumers. Any score 90 points or above is considered “Excellent”. Twisted Oak’s 2009 “Torcido” Garnacha earned a 93 point score; and the 2008 “The Spaniard” Tempranillo blend earned a 91 point score.

The magazine scores and the accompanying reviews are scheduled to be published in the May issue.