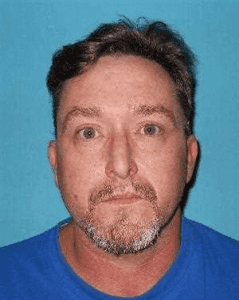 Sonora, CA — Following an investigation a local man is facing felony charges of inflicting injury on a child and willful cruelty.

According to Tuolumne County Sheriff’s spokesperson Sgt. Andrea Benson, on Friday, her office received a report that 40-year-old William Fye of Tuolumne had been physically abusive to a 14-year-old.

Deputies responded to the high school for the investigation. She adds that Fye arrived at the school and appeared to be intoxicated when deputies and Child Welfare Services were talking with the juvenile victim. The CHP arrived to conduct a DUI investigation and subsequently arrested him for driving under the influence.

Later interviewed by Tuolumne County detectives, Fye was booked on the two felony charges and assigned a $30,000 bond. Benson states that due to case sensitivity her office is not releasing any further details at this time.