Caltrans Plowing Crews Hoping To Clear The Way For ‘Fishmas’ 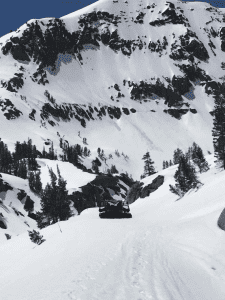 Sonora, CA — Fishing fanatics hoping to wet their lines on the first day of trout season in Northern California will be pleased to hear that Caltrans snow removal crews are closing in on their goals to enable lake access ahead of the weekend.

Caltrans District 10 spokesperson Warren Alford confirmed Monday morning that Highway 108 was open 60 miles east of Sonora at Kennedy Meadows. Additionally, Kennedy Meadows Resort and Pack Station has publicly confirmed that it will open Friday and the California Department of Fish and Wildlife will have fish planted for the opening weekend of fishing season, also known “Fishmas,” which officially gets underway Saturday.

As for Highway 4, Alford says the crew assigned to that area is similarly hoping to plow out the highway to the east end of Lake Alpine by the weekend, which will help enable the opening of the road to Lake Alpine. However, he adds, as that goal is dependent on a few factors, Caltrans is not yet committing to a hard estimated time of opening.

To view the latest Caltrans photos taken on Highway 108 past Eagle Meadow, click into the image box slideshow.