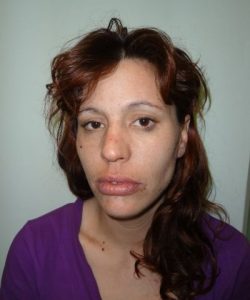 Sonora, CA — A woman living in Columbia was arrested in connection to a Sonora burglary.

The Sonora Police Department reports that the residential break-in happened in the 500 block of South Stewart Street late last week. Property was removed from the home, including a laptop computer, cell phone, collectible coins and jewelry.

Neighbors reported to the Police Department that they saw 31-year-old Lisa Beaty in the area carrying a large tote bag full of items. Beaty, who is homeless, was later located by officers at her campsite in Columbia. The PD reports that Beaty was in possession of items taken from the home, as well as methamphetamine and controlled narcotics. Beaty was booked into Tuolumne County Jail.