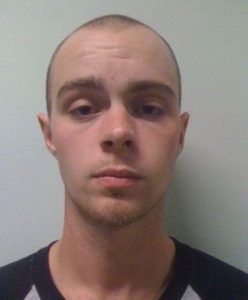 Sonora, CA — Officers arrested a suspect after an employee of Sonora Regional Medical Center reported her iPhone stolen. The victim told officers that she believed that the person who took the phone was at SRMC visiting a patient.

Officers went to the possible suspect’s residence located on the 400 block of S. Stewart St. The person answering the front door identified himself as 21 year old Charles “Taylor” Bowers, of Sonora. While one officer was talking with Bowers, another officer stopped a person running out the back door. The stolen iPhone was found in the second person’s possession. Bower admitted to taking the iPhone at the hospital and giving it to the person who tried to run away.

The officer at the front door could see a large amount of drug paraphernalia on a table inside the home. The officer entered and during a search of the residence, heroin and other things used for injecting narcotics were found.