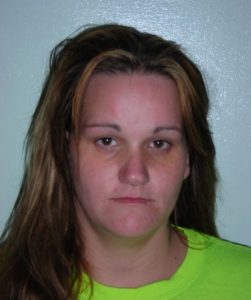 Sonora, CA — Sonora Police Department officers were back at a home in the 300 block of Hospital Road this week.

The residence was in the news two weeks ago for a story involving a stolen vehicle, drugs and spoiling food. To read the story, click here.

This time officers were assisting Tuolumne County Child Welfare Services to check on a four-month-old boy living at the home. Officers arrested the boy’s father, 32-year-old Pedro Velazquez because he had a felony warrant for his arrest out of Santa Ana. The boy’s mother, 30-year-old Niccole Davis, was also arrested for having drug paraphernalia.

The infant was turned over to Child Welfare Services. Velazquez and Davis were transported to Tuolumne County Jail. Velazquez, who is the brother of Juan Velazquez Herrera from the earlier story, could also face possible deportation because he was found to be in the country illegally.