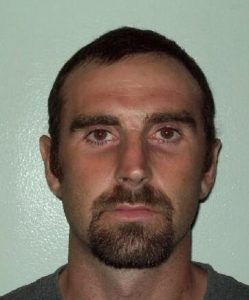 A “Most Wanted” suspect has been arrested by the Tuolumne County Sheriff’s Office.

When deputies pulled up to the home, Questo took off running and could not be located. The Sheriff’s Department received a call later from residents at the home that Questo had returned, and was trying to get into the residence. Deputies came back to Yerba Santa Drive, and Questo took off running a second time. After a long foot chase over fences and through backyards, Questo was captured.

Stolen property from at least one recent burglary in the area was found among Questo’s belongings at the Yerba Santa Drive residence. An investigation is ongoing.

Questo was also involved in a theft reported in Soulsbyville back in 2008. To read the earlier story, click here. He was recently listed as a weekly “Most Wanted” suspect of the Sonora Police Department.