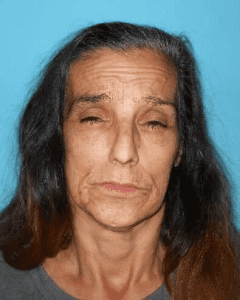 The deputy reported three people inside the vehicle. A records check showed the driver had a suspended license and one of the passengers was on probation for drug charges. It was during a vehicle search that deputies found over 27 grams of methamphetamine in Lacy’s purse. She was taken to Tuolumne County Jail and booked on a charge of possessing a controlled substance for sale and assigned a $15,000 bond.

Sgt. Benson adds that the Durango was towed away as the driver was issued a citation for driving with a suspended license, not having valid registration, and not having proof of insurance.