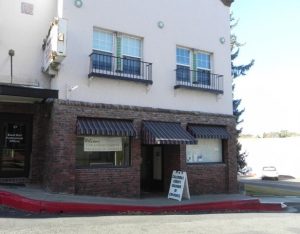 San Andreas, CA– The Calaveras County Chamber of Commerce has moved its office from Angels Camp to San Andreas.

Executive Director Diane Gray says the new location in San Andreas is more central and it is better to be located in the official county seat of Calaveras. The new office is at 39 North Main Street across from the Calaveras Museum. Gray noted the Chamber recently offered Americans with Disabilities Act (ADA) compliance classes, and the new office is a better choice because it is more accessible (the previous office was up a flight of stairs).

The Chamber has approximately 300 members. Gray states that the down economy did affect membership because several Calaveras businesses went out of business or moved. Gray claims that the chamber is doing fine financially and has several events planned for 2012.

The Chamber’s Annual Dinner is January 25th at The Metropolitan in San Andreas. The guest speaker will be Dr. Glenda Humiston, the State Director for the USDA Rural Economic Development Department. There will be a raffle for a 2.65 once gold nugget, Business of the Year Awards and the Chamber’s Leadership Calaveras Class of 2011 will graduate.

Gray would like to see ten new members a month in 2012, and says she is encouraged by national reports that the economy will be improving this year.