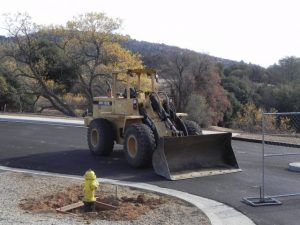 Sonora, CA — Tuolumne County is requesting funding from the State of California to build a new jail.

The Supervisors voted 5-0 to submit a formal AB 900 application to the Department of Corrections. Former Sheriff Dick Nutting and past CHP Commander Mike Ayala gave a presentation about the need for a new facility, at the invitation of Sheriff Jim Mele.

“Our system is based on the very simple premise, if you commit a crime, you are going to go to jail,” said Nutting. “What happens when there’s not enough jail beds to fulfill that promise to the people that commit the crime? The answer is, your crime continues to go up.”

The current jail has room for around 140 inmates, and the new facility could house 240.
The Supervisors will learn in March whether the county will receive funding. The new jail is expected to cost $48 million and the most that the county could be allocated from the state is $33 million. When awards are announced, Tuolumne County would have the option of accepting or declining the funding. If it is accepted, Tuolumne County will need to have a plan to cover the remaining costs.

Others that spoke in favor of the application included District Attorney Donald Segerstrom and Chief Probation Officer Adele Arnold.

Infrastructure is already being installed at the site of the new Law and Justice Center off Old Wards Ferry Road.