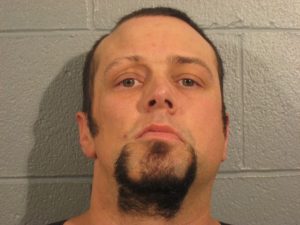 Sacramento, CA — A man wanted for questioning in connection to a West Point murder has been arrested.

Sgt. Chris Hewitt of the Calaveras County Sheriff’s Office reports that 31-year-old Gary F. McMahan was taken into custody last night following a vehicle chase that started in Lodi and ended in Sacramento. Sgt. Hewitt says the Sheriff’s Office appreciates several tips that were called into officials over the past several days.

McMahan is a suspect in the death of Norman Curtis Gresham III. An unidentified woman was also injured in the incident.