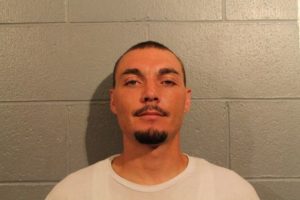 Angels Camp, CA — Officers pull over a vehicle and later arrest all four people in it. On July 1 at 8:40pm an Angels Camp Police Officer stopped a vehicle on North Main Street near Copello Drive for equipment violations.

The four occupants of the vehicle were: Matthew Rodgers, 30, and Shawna Ritchie, 22, from Stockton, Sherry Hoyle, 45, and Elijah Nhy, 24, from Lodi. Elijah Nhy had two felony warrants from Shasta County.

Deputies from the Calaveras County Sheriff’s Department, an Officer from the California Highway Patrol, and an Angels Camp Police Department K9 unit were involved. The dog sniffed the vehicle’s exterior and alerted to the presence of narcotics in the vehicle.