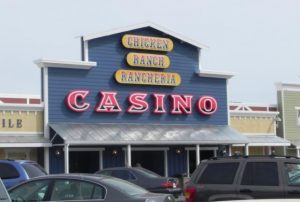 Sonora, CA — The Tuolumne Utilities District heard about the annual Water Quality Report that will soon be sent out to district customers. It was a topic of discussion at Tuesday’s meeting. One part of the report that brought questions was a spike in iron and manganese levels.

T.U.D. Water Superintendant Don Perkins says, “For the most part much of our surface water doesn’t generally have that much iron and manganese in them. Those chemicals usually come in ground sources or wells. Yet here in the upper basin system they have spiked quite a bit and seem to be pretty high. However, when we go on our seven day ditch outages, we enact a lot of our wells so all of a sudden you’ll see that our iron and manganese levels have spiked. We are required to list our highest numbers, when in fact those wells only ran for three or four days out of the entire year.”


Also at today’s meeting the board tabled an possible amendment to an agreement with Chicken Ranch Rancheria. The agreement is regarding the future construction of a water pipeline to serve the casino. The board wanted more information on the project from the tribe.

An original agreement was approved on March 27th, and the Rancheria would now like to include the transfer of an on-site pipeline to serve a proposed Tribal Hall located behind the casino.