Cause Of Carstens Fire 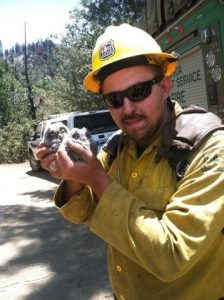 CAL Fire has learned that it was started by an abandoned camp fire. No further information has been released. The blaze is listed as 95% contained, and 146 firefighters are still on scene, with six engines, four water tenders and one dozer. The fire started during the afternoon of June 16th, and several homes were initially evacuated in the Midpines area, east of Highway 140. All residents have since been allowed to return to their homes.

Firefighters are continuing to patrol and monitor for hot spots. Crews are also working to repair sections of Carstens Road that were damaged by firefighting equipment.

(The photo shows owls that were rescued in the fire)