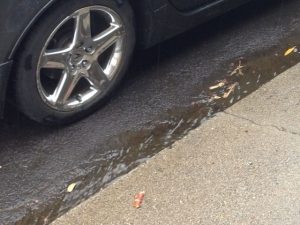 Sonora, CA — Some car crashes are being reported this morning in the Mother Lode.

The CHP reports that there is a crash on Tuolumne Road near the Mono Way intersection. Details are preliminary, but the CHP says 2-4 vehicles are involved in the accident near the Junction Shopping Center. One car has reportedly hit a utility pole. Expect activity in the area.

An ambulance is on scene of a crash in the Valley Springs area along Warren Road. The accident is not impacting traffic.

Officials are just starting to respond to a crash on Highway 49 in Calaveras County near the bridge over New Melones. It is partially blocking the northbound lane of Highway 49. An ambulance is also responding.

The accidents occurred as rain showers began passing through the region. Travel with caution.