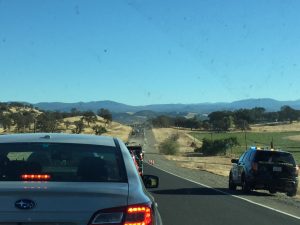 Chinese Camp, CA — A $20.3 million roadway improvement project that has been under construction over the past year was recently completed.

Caltrans hired George Reed Construction to repave 34 miles of Highway 108/120 across parts of Tuolumne and Stanislaus counties. The project began one year ago this month. The work started along Lancaster Road near Oakdale and continued to the Highway 108/49 junction in Tuolumne County. It also branched out along Highway 120 south to the Moccasin Creek Bridge. The project caused some notable traffic delays last summer. Caltrans reports that the work officially wrapped up last week, and there is now a much smoother highway for traveling.