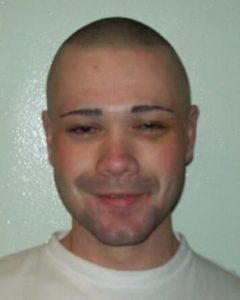 Crystal Falls, CA — An argument leads to a police chase down Phoenix Lake Road. Tuolumne County Sheriff’s Department reports deputies were called to the Crystal Falls area after they received calls about males and females yelling and loud noises. When deputies arrived on the scene, those involved had left the area around 6pm Monday. Deputies questioned nearby residents about the disturbance and were told one of the persons involved was 22 Andrew Labriola. They told deputies Labriola had left in a green Ford F150 pickup. A records check revealed Labriola has an outstanding drug possession warrant from March of this year.

Deputies started to search the area for the pickup and spotted it at the intersection of American River and Crystal Falls Drive. When they tried to stop the truck the driver took off. Deputies report they chased the truck through the Crystal Falls subdivision and then onto Phoenix Lake Road and up to Big Hill Road. During the chase they say the truck driver was going at an unsafe speed and was swerving into both lanes of traffic. Once on Big Hill Road the truck turned onto a dirt road, deputies followed but lost sight of the truck and found it abandoned just up the road. After a search of the area they were not able to find the suspects.

Now they are asking for your help. If you have any information regarding the suspects involved in the chase or the whereabouts of Andrew Labriola please contact the Sheriff’s Office at 533-5815.

Click here for a map of the chase site.