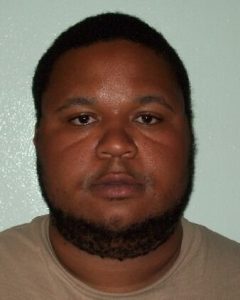 Sonora, CA — A four month old child was taken to a local hospital in critical condition, and the father has now been arrested.

The Tuolumne County Sheriff’s Office reports that dispatch received a call on June 1st that the four month old boy was not breathing and turning blue. An ambulance was sent out, and the boy was taken to Sonora Regional Medical Center. While trying to stabilize the child, SRMC staff noted bleeding on the brain, and suspected child abuse as the cause. The baby was found to be in critical condition, and was later transported to the Bay Area for specialty care.

After several days of interviews with Sheriff’s deputies, Sgt. James Oliver says the boy’s father was arrested yesterday. He is identified as 25-year-old Shaheed Jameel Hassan Williams. He was booked into Tuolumne County for felony child abuse.

The child remains in critical condition. The Sheriff’s Office reports that no other information is available at this time because it is an ongoing investigation.