Search Is On For GM 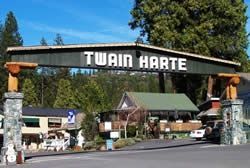 Twain Harte, CA – The search is on for a General Manager of the Twain Harte Community Services District. Former GM Scot Moody resigned in April and will stay on the job until June 7th. Jim Johnson, District Board President says they interviewed four candidates on Tuesday and will interview four today. He says of the eight applicants, three finalists will be interviewed by the full Board at a special meeting tomorrow at 9am.

Johnson says, “We have several candidates from the community here. We do have one from Twain Harte. We have some from Tuolumne County and we have one from as far away as San Louis Obispo, but all are local Californians who have applied.”

The Board could make a decision as early as tomorrow on Moody’s replacement. THCSD serves 2,500 residents, has an annual budget of $3 million, and a paid staff of 14 employees.